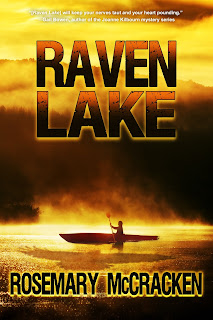 Joan, it’s great to visit you on Day Four of my Raven Lake blog tour. I thought I’d share my views on backstory with your followers today. It’s a topic I feel strongly about, and I go over it thoroughly in the very first class of my course, How to Develop Your Novel, at Toronto’s George Brown College.

Creating a protagonist’s backstory—his or her “life story” before the novel opens—is essential for a writer in developing a novel. But determining how much of it to reveal to readers and how far along in the story to do so, is equally as important. As the word implies, backstory should be kept in the background.

My protagonist Pat Tierney had a life before readers met her in Safe Harbor, the first novel in my mystery series. She grew up in Montreal as Patty Kelleher, and her handsome older brother, Jon, was her idol. Her world was shattered when Jon was killed in a car crash in his final year of high school.

The Kelleher home was not a happy one after Jon’s death. Patty’s parents couldn’t recover from their loss or help Patty cope with her grief. When she left home to attend university in another city, she was determined to make a new start. She called herself Pat and found new circle of friends. One of them was Michael Tierney—confident, laid-back, easy on the eyes. Pat and Michael married the year after Pat finished university.

But readers need to know very little of this backstory. Backstory takes a story backward. Whether it is revealed through flashbacks, a character’s memories or exposition, backstory stops the story’s forward movement. It’s important to the writer because it deepens her understanding of her protagonist, and creates a fuller, more engaging character. But it’s far less important to readers.

As New York literary agent Donald Maass notes in The Breakout Novelist, the prime reason why novel manuscripts are rejected is failure to put the main conflict in place quickly enough, “usually due to setting up the story with backstory.”

In Safe Harbor, my first Pat Tierney mystery, readers learn at the outset when a stranger visits Pat in her office that Michael has been dead for four years and that he fathered a child with another woman a few years before his death. His infidelity is a big surprise to Pat, and that’s all readers need to know about him. Pat clearly has a problem on her hands—the first of many that she will face throughout the mystery.
Backstory that isn’t essential to the story you are telling shouldn’t be in it. Jon’s death has nothing to do with Safe Harbor’s storyline so I left it out. Michael’s infidelity is what concerns Pat.

In Black Water, the second mystery in the series, Pat goes off to cottage country north of Toronto to oversee the opening of a new branch of the investment firm she works for. A man has just been murdered, and Jamie Collins, Pat’s daughter’s sweetheart, is the prime suspect. Readers met Jamie in the previous book, but I don’t go into much of that. What’s important is that Jamie is in trouble and Pat’s daughter is counting on her mother to help.

Raven Lake opens a few months after the end of Black Water. Pat is still in cottage country, planning to spend a relaxing summer at a lake. Again, I kept backstory to an absolute minimum. I put Pat to work by handing her two problems. She learns that her teenage daughter is pregnant. And if that’s not enough for the woman to deal with, later that day a friend comes to her with his problem—because Pat’s the kind of person people come to for help. Bruce Stohl tells her that his mother has disappeared. And the next day, the elderly woman is found murdered.

Very little backstory, but huge problems that keep Pat constantly on the go. 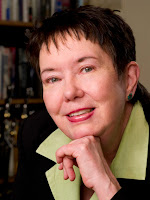 Rosemary McCracken has worked on newspapers across Canada as a reporter, arts reviewer, editorial writer and editor. She is now a Toronto-based fiction writer and freelance journalist. Her first Pat Tierney mystery, Safe Harbor, was shortlisted for Britain’s Crime Writers’ Association’s Debut Dagger in 2010 and published by Imajin Books in 2012. It was followed by Black Water in 2013. “The Sweetheart Scamster,” a Pat Tierney mystery in the anthology Thirteen, was a finalist for a Derringer Award in 2014. Rosemary’s third Pat Tierney mystery, Raven Lake, has just been released! Jack Batten, the Toronto Star’s crime fiction reviewer, calls Pat “a hugely attractive sleuth figure.”

Soon to be re-released as an eBook